Sometimes it’s the little things that make all the difference, as is the case with the “Little Blue Dude.” Without fail, it always manages to steal the show- quilters everywhere marvel at its simplicity. What is this little blue dude? A piece of shelf liner, trimmed to a manageable size, that when put between your ruler and a piece of fabric, it does exactly what it’s meant to do: stop slippage. 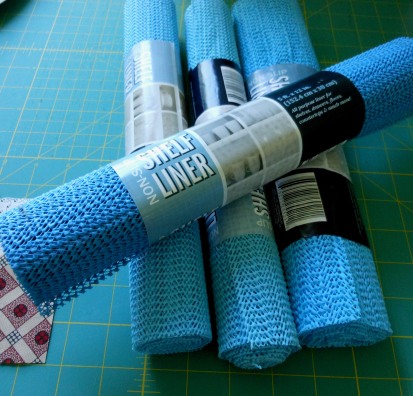 Ever have a ruler slip when you’re making a cut? We’ve all been there; very annoying. So I racked my brain and came up with a simple solution. I use the Little Blue Dude constantly. It’s perfect for trimming up squares, or making long cuts. Your ruler will never slip with the Blue Dude under it, which is both a safety feature and a way to prevent fabric waste and frustration- no more crooked cuts! Plus it’s great for quilters with arthritis since there’s no need to press nearly as hard on the ruler. 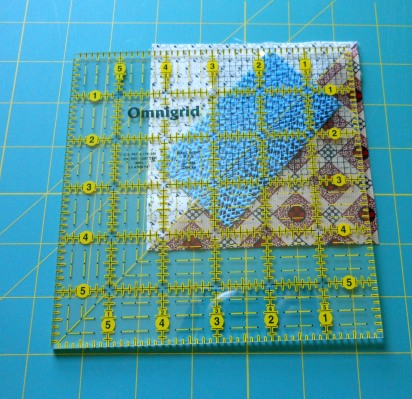 Typically, I cut up the shelf liner into two inch strips, some several inches long, and some much smaller for trimming small units. It doesn’t have to be too small though, because you can always put it next to the fabric you’re cutting instead of right on top of it. You will need to get used to positioning your ruler in a new way, no more sliding the ruler into place; you’ve got to pick up and set down the ruler right where it needs to go (due to the no slipping business), but after a few tries you’ll get the hang of it. 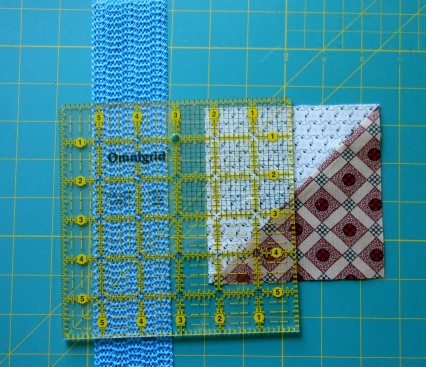 I hand out little pieces of this out at workshops, and quilters act like I’m giving them gold- it’s that good. So if you aren’t signed up for one of my workshops in the near future, go to the store and get yourself some shelf liner! It doesn’t have to be blue, but doesn’t “Blue Dude” have a good ring? Thanks to the workshop participant in GA that came up with that name, a big improvement to what I was calling it: “the little blue grippy thing.”